In this post we are going to focus on developing strong spirits, both individually and organizationally. 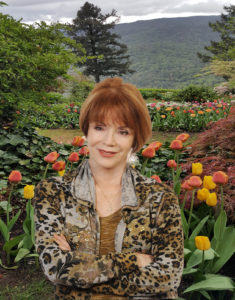 In this post we are going to focus on developing strong spirits, both individually and organizationally. To get us started on a serious note, let’s begin by taking a close look at the not-so-pretty, not-so-happy, broken spirit.

If we want to understand how to build our spirit and the spirit of our organization, we need to look at how spirits get broken. This will give us some key insights. We will be better equipped to know when our spirit is breaking and can take action to preserve it. If it’s broken before we know it, we can learn how to mend it.

I am a rather high spirited person so I have had more than my fair share of a broken spirit. Not staying in one’s box can leave one venerable to “breaking” so I have a lot of experiences of breaking and mending. One time in particular comes to mind. It was one of those long drawn out breakings that went on for a few years. These are the worst kind and the kind that is hardest to get over. It’s sort of a chronic brokenness as opposed to an acute painful break that is over quickly.

I was working in an organization that was fun with high energy. We were doing creative work that was meaningful and rich. Then our boss left for another position and we inherited the meanest most sinister boss I have ever met. He worked from a mindset of “command and control” which was the polar opposite to what we were used to. He did not appreciate our creativity and in fact, he was the only one who could have a new (or even an old) idea.

This new boss’s management style was based on intimidation and humiliation. When he could, he would fire one of us, much like a terrorist kills a hostage in order to scare the other hostages into compliance. This is how he controlled us. We hated him.

I had a reoccurring fantasy that helped me cope. It went like this: I’m in his office and he is telling me how incompetent I am. He often says, “You just don’t get it do you!” As I leave his office, I turn and close the door, and hold it closed from the outside. He tries to get out but I am stronger than him and I can hold the door closed against his jerking on it. He is yelling to be let out but I don’t stop holding the door closed. Other employees see what’s happening and we take turns holding the door closed. The boss calls the cops. The cops come and we tell them that he is dangerous to others and needs to be retained in his office for all of our safety. The cops leave and we hold the door closed for days.

Occasionally one of us would get the notion that we could win him over, or that we were his favorite, and we would, for a moment, turn on our fellow employees in the hope of gaining a little grace from him. This trap always failed and after a couple years no one tried it anymore. We, for the most part, banned together for survival. He united us, no matter how large our differences, against him. Of course we dared not let him know that because it would have meant certain termination.

Something happens to mistreated employees. We become like a battered wife who does not leave a violent and abusive relationship. We come to believe that we are so useless that no one else will hire us, so we stay. The longer we stay, the more profound our brokenness.

2 thoughts on “The Broken Spirit”

This site uses Akismet to reduce spam. Learn how your comment data is processed.